Enterprises are looking into distributed ledger technology to process, validate or authenticate transactions or other types of data exchanges in a more secure and scalable way. There are a wide-range of open-source projects that are available to developers looking to build applications using this technology.

Two of the leading platforms in this space are Ethereum and Hyperledger.

Hyperledger doesn’t refer to a specific technology, but rather it is a Linux Foundation banner project for multiple blockchain and Ditributed Ledger T technologies which support the collaborative development of blockchain-based distributed ledgers each of which have slightly different characteristics. 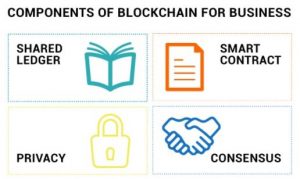 Hyperledger Indy is a distributed ledger, purpose-built for decentralized identity. It provides tools, libraries, and reusable components for creating and using independent digital identities rooted on blockchains or other distributed ledgers so that they are interoperable across administrative domains, applications, and any other “silo.”Because distributed ledgers cannot be altered after the fact, it is essential that use cases for ledger-based identity carefully consider foundational components, including performance, scale, trust model, and privacy. In particular, Privacy by Design and privacy-preserving technologies are critically important for a public identity ledger where correlation can take place on a global scale.For all these reasons, Hyperledger Indy has developed specifications, terminology, and design patterns for decentralized identity along with an implementation of these concepts that can be leveraged and consumed both inside and outside the Hyperledger Consortium.  Type: Distributed ledger and utility library

Ethereum is an open source platform that enables developers to build and deploy decentralised applications.  It is a public blockchain network with it’s own built-in cryptocurrency called Ether.

The most fundamental difference between Ethereum and Hyperledger is the way they are designed and their target audience.

Ethereum’s permissionless mode of operation and its total transparency comes at the cost of performance scalability and privacy. Fabric solves performance scalability and privacy issues by permissioned mode of operation and specifically by using a BFT algorithm and fine-grained access control. Further, the modular architecture allows Fabric to be customized to a multitude of applications. An analogy to a versatile toolbox can be drawn.

Ethereum also has a built in cryptocurrency (ETH) and thus can be a very good match for applications that need this inbuilt. However, this could also be a disadvantage as there are several use cases where the cryptocurrency is not really needed. 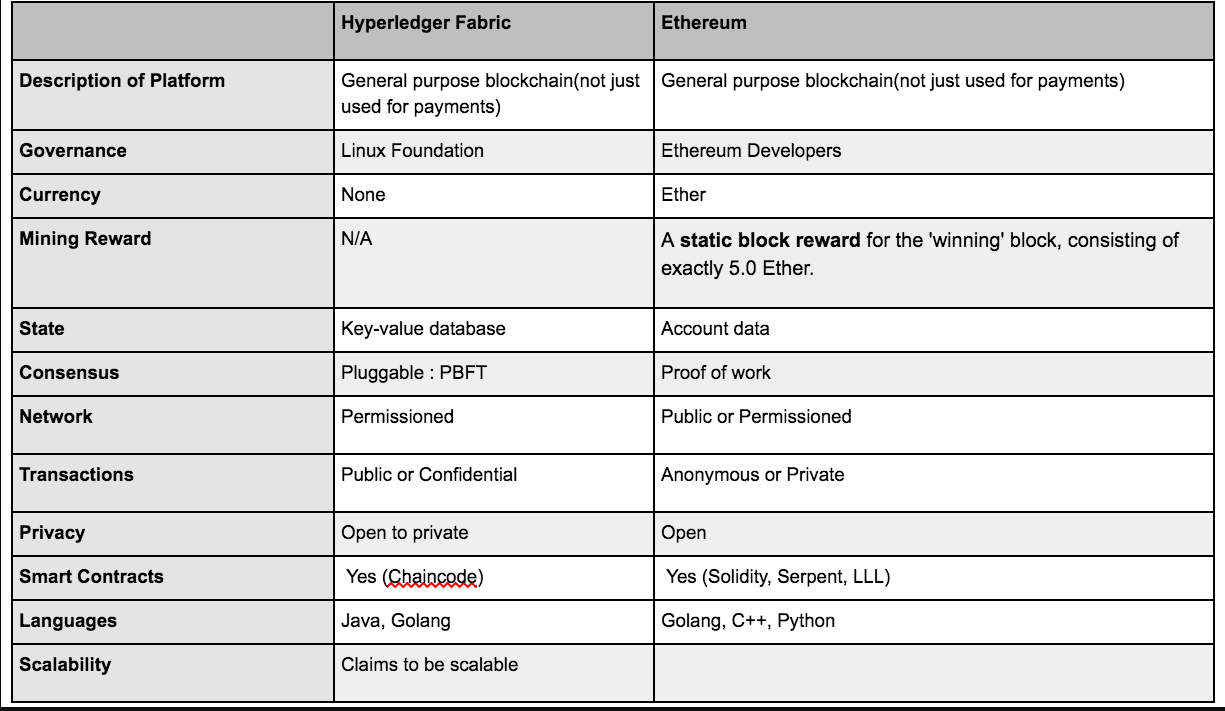